Create an Account - Increase your productivity, customize your experience, and engage in information you care about.

Office of the Chief

Meet the Chief of Police

Chief Allen Adams was appointed Sterling Chief of Police in August of 2021.  Chief Adams was born and raised in nearby St. John, KS and joined the military right after he graduated from St. John High School. He served in both the US Coast Guard and the Army National Guard. He originally worked interdiction narcotics and search and rescue with the Coast Guard. In the Army, he deployed as a tanker and then infantry before becoming a flight crew chief on Black Hawk helicopters. His total military service was 14 years. Between the military and private contracting, he’s completed 4 tours and been to Iraq, Afghanistan, Egypt, Israel, Romania, Cuba, and Germany. In addition to his time in the military, Chief Adams has served 20 years on police forces spending 15 years as a patrol officer in Valley Center, KS and the last few years as Chief in St. John. He has several certifications including: D.A.R.E. Instructor for 18 years, Field Training Officer, School Resource Officer, K9 Officer, Cadet Instructor, Founder of S.H.O.W. (Students Helping Out Warriors), Vice President of the Kansas Juvenile Officer Association, Instructor through the Department of Homeland Security for Single Officer Response to Active Shooter, and Certified Public Manager (CPM). Chief Adams can be reached by email at aadams@sterling-kansas.com or phone 620-278-2100.

The Chief of Police supervises and coordinates the activities of members of the police department. The Chief recommends hiring, firing, and is responsible for disciplining employees. The Chief is also in charge of budgeting and purchasing for the police department. The Chief reviews each case, creates the employee work schedule, and prepares the payroll. In additions, the Chief also maintains order, enforces laws and ordinances, and protects life and property within the city. 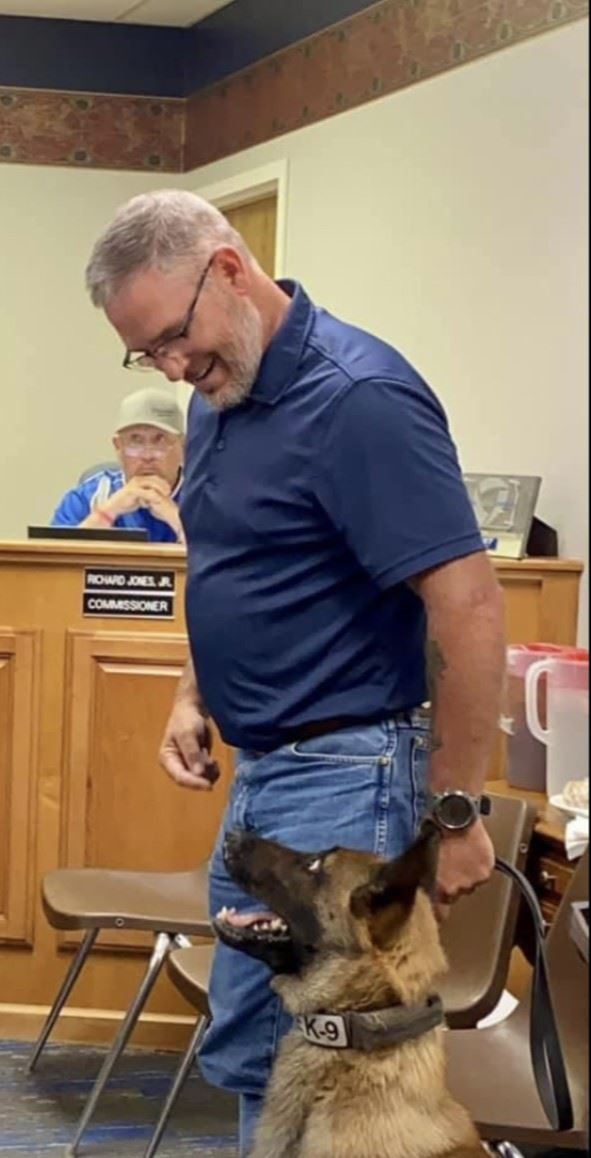